posted in design on 19 September 2019 • by Wouter Van Schandevijl

A ramble against CQRS

A lot of interesting articles have been published about Command Query Responsibility Segregation.

This is a mere rant. Not necessarily against CQRS per se, but against when it is being applied in spite of Martin Fowlers cautionary words:

For some situations, this separation can be valuable, but beware that for most systems CQRS adds risky complexity.
— Martin Fowler (CQRS Article)

I’ve always loved CQS. How could one not, it makes perfect sense that getUser(5) would return user “5” and not do much else, perhaps there is some caching in place but one would hope it doesn’t actually create a User record or something.

Then Greg Young introduced CQRS: An architectural pattern that allows us to add nice things, like Event Sourcing or a reporting database pretty easily. Adding such significant changes might be much easier compared to the impact on a more classical architecture, even when doing so late in the development life cycle.

Despite these benefits, you should be very cautious about using CQRS
— Martin Fowler

In his entire article on CQRS, this is the only sentence that Martin has put in bold.

Unfortunately developers like the latest and greatest very much and CQRS has, for many organizations and teams been put forward as the defacto standard architecture.

There is of course that one project where it makes a lot of sense but let’s be realistic, most of us are working on enterprise applications which are all pretty much CRUD.

An often overlooked aspect of design patterns are the Consequences:

How does the pattern support its objectives? What are the trade-offs and results of using the pattern? What aspect of the system structure does it let you vary independently?
— Design Patterns: Elements of Reusable Object-Oriented Software

If there is a whole point to this blog post it’s probably:

The aspect of a CQRS system that benefits most from using the pattern is adding new ways to display, update and create existing entities. This is the one thing that typically doesn’t happen in a CRUD system.

When applying CQRS to something that is 80% CRUD to all 100% of the application, you have not properly assessed the patterns’ Applicability nor its Intent and are left only with its Consequences: 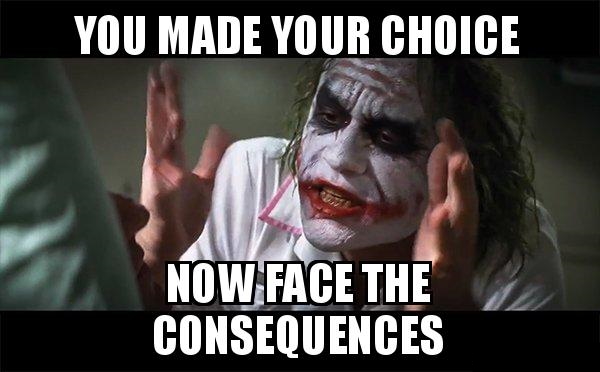 An Explosion of Classes

A create and an update probably save to the same place in the same structure.

So you need to do a mapping from 2 models to the “database” structure. I’m sure you have a mapper for that, so you now have 2 mappers. Oh and of course also 2 controllers, perhaps 2 services and also 2 validators. And 2 repositories and 2 dtos and 2 handlers and uhm do you not need a separate interface type for all these? We want to talk to an interface, not an implementation after all!

Instead of a delete/getOne just passing along an int id we will now also introduce good old DeleteModelRequest and GetModelByIdRequest: Because who doesn’t like a hundred classes with one int Id field in them. Even if you don’t want them, you’ll probably end up with a package that requires a specific type per command for its wiring.

So yeah, the amount of types in your application will grow. Dramatically.

An Explosion of Duplication

Well since it’s CRUD you are bound to be doing the exact same thing multiple times. Right.. not exactly the same thing of course, there is that one field… in which entity was it again? 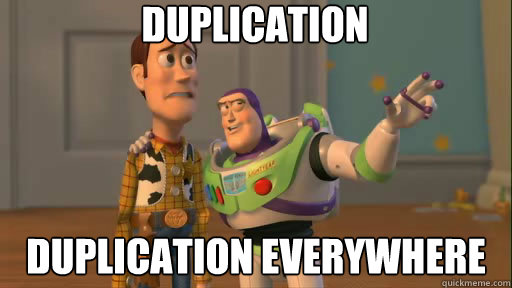 Confusion on the frontend

An update screen is usually populated with existing values. You have a different model for the Read. So you need to map the Read to the Update model before you can populate the controls… Or you need to also create a Get for the Update model. Either way, yes, you’ll need to write more code.

But things get even better! We now have to keep all representations of the same entity in sync. Alternatively we fetch when needed and discard from memory as soon as possible, for example when the entity is no longer visible to the user. The amazing part is that now, we are probably fetching more data compared to the single entity approach - which was probably the main reason for having multiple representations in the first place.

Additionally it becomes harder to reuse components. Yeah, I would really like to use the cool ModalModelPopupComponent but what I have is a ListModel and the ModalModel doesn’t have that one property. The horror!

Disclaimer: as always, “it depends”: for entities with many children it might be too heavy to work with just one representation. (each heading should probably have a disclaimer)

The Search For Answers

The search for answers to the wrong question:

How can I keep this CRUD application easy to understand and modify while also applying CQRS?
— Every developer working on a CQRS + CRUD app

Because you want to keep DRY, one searches for solutions. 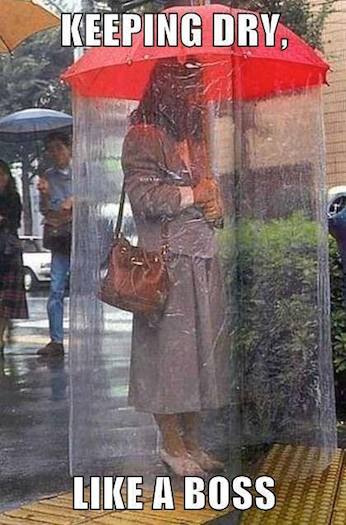 The inevitable happens. In order to somewhat mitigate the maintainability issues that arise from applying CQRS when it really shouldn’t, inheritance is used so that each time a property changes, is removed or added, it doesn’t result in doing the same change x times.

The most striking, but perhaps also a non-issue, is that this is a Liskov Substitution Principle violation. Your CreateUserRequestHandler is going to accept the UpdateUserRequest but it will probably not do what you’d hope. A non issue because the execution chain is probably auto-wired.

Then there is reduced readability: in order to see what an entity contains you need to drill down the inheritance chain and puzzle it together mentally.

So we are back to copy/paste? Now it’s reduced maintainability: all property changes need to be done x times. And 🎉, most maintenance includes exactly that: add this one field, rename that field, delete that field. Even in-code class and property documentation needs to be duplicated.

The next source of repetition needs to go and so a well intended developer creates generic base classes to avoid request handler code duplication.

We end up with the same amount of “Handlers” but now they do not contain any code they only inherit a base, provide some options with generic parameters and a have constructor passing a bunch of dependencies. The same may happen at every layer / branch in the application.

Yeah you don’t really need the Read/Update models for a CreateHandlerBase but unfortunately the IRepository needed it. The TReadModel is first because the same order of generic parameters is used in the Read, Update and Delete handlers due to some nasty copy paste errors in the past.

How to recognize such class

Okay, perhaps I can’t be too mad about this one, everyone probably ends up with something similar for a CRUD persistence layer using either architecture.

Why would more code even be bad

The ratio of time spent reading versus writing is well over 10 to 1.
— Robert C. Martin

So if you have a code base that is x times the size of what it could be you’ll now spend much more time on what you’re already doing most?

You would naturally expect a project that’s twice as large as another to have twice as many errors. But the density of defects — the number of defects per 1000 lines of code — increases.
— Steve McConnell (Code Complete, “How Program Size Affects Construction”)

Essential Complexity is driven by business needs and cannot be avoided.
Accidental Complexity is what we are creating here: More types to create and maintain. Arguably, a more difficult to follow flow of execution. More code to read/scan through during bug hunting.

Not everyone in the team will have worked with CQRS. There is a learning curve. During an initial adjustment period less value will be delivered.

Adding Accidental Complexity may be a good thing, but what are you buying yourself here? What did applying CQRS bring to table that starts really paying off months/years later?

For those of you who have not yet noticed, what bothers me most about CQRS is that for everything you do, it always means more code, usually in the form of new classes.

And isn’t that exactly what the Open-Closed Principle advocates? Well yes… true… I rest my case, all hail CQRS.

If the most common types of feature requests can be handled in an Open-Closed way, then 👍 for the team! Unfortunately for CQRS this is only the case when creating new Entities or new ways to Create/Update existing entities. Even long before you’ve gotten to 🎺 🎉 v1 🎉 🎺, no more new entities will be added and since it’s still very much a CRUD application you most often end up with “Please add field x to entity y” tickets which is something CQRS isn’t very good at.

So what is one to do?

If the only difference between create and update is the availability of the id property, instead of literally writing/copying hundreds of lines of code, you can solve the issue with no more than about 2 lines of code:

If there is more to it:

A CQRS Rule of Thumb

An easy to follow checklist to determine if you need CQRS for this upcoming “MetaDataAdmin” project:

If, for a single entity, your UX designer

OR: created 1 wireframe for Create, Read and Update
OR: made one wireframe for each but they look pretty much alike
THEN: Choose CQRS at your own peril.

If he made 7 radically different wireframes: 2 Creates, 3 Updates and 2 Reads - for the same entity.
THEN: I suggest you consider CQRS, it might be a good fit.

If despite all this, it is CQRS or the highway:

Create code snippets, perhaps even a little generator to mitigate the pain. (you mean, write even more code? 😀)

Good documentation would help a lot but well, you know how it goes 😃

A simple diagram explaining the flow for a typical CRUD operation: where in the project folder structure to create which class goes a long way getting new devs and juniors onboard.

If you end up using the the domain inheritance thing, (generated?) printouts for the important entity types so you can piece things together more easily are a good workaround for properties being “all over the place”.

UnitTest the heck out of those pretty “BaseHandlers” and you’ll be fine!

Or, you know, just abstract it away with a pretty meta-CQRS-CRUD design ;)

THINK! Does it make sense to use CQRS or not!?

If so, will it be helpful to do for all parts of the application and for all entities?

The Cure Is Worse Than The Disease

If you are using CQRS for a CRUDdy app, then you are basically avoiding issues like:

Other interesting reads
Category: design
Tags: war-story
CQRS + CRUD
Detailing the mess you burden yourself with when trying to combine these two arch enemies. Is there a way out of this dire nightmare?
Table Of Contents
Suggest edit
linkedin email
« VSCode: Editor Settings and Shortcuts First Hack »